Real-Time simulation systems have wide range of application in industries, including: 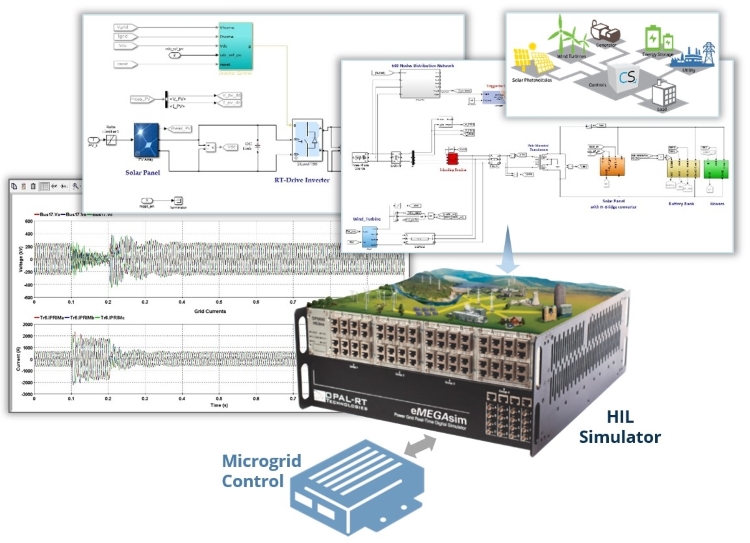 The complete microgrid is simulated in real-time, including renewable energy systems, inverters, energy storage & grid on OPAL-RT Simulator, and it could be simulated in all model-in-the-loop, or in hardware-in-the-loop by connecting the Simulator to external controller (module controller, or system controller).